Why I love Special Olympics

Dreams. No, not the surreal visions that come in the middle of the night that wake you up, that bend your mind and sometimes vanish in the consciousness of your day.

I am talking about the wishes that whisper in your ear about a future. The air is awash with dreams come true, dreams lost and dreams yet to be. There are those who would say that everyone can achieve their dreams if they only work hard enough. That is not true. A 5’10” NBA wanna be who cannot jump or run or does not have the physical aptitude to dribble through a crowd is never going to achieve their dream of playing in the NBA.

But those dreams can be recalibrated.

I have walked into some homes and seen collections of musical instruments with every member of the household able to pick one up and play competently. I imagine days spent in music lessons or listening to the masters of multiple musical genres. Family gatherings sitting around a fire pit and singing family favourites.

Other families have a legacy of science and math experts.

My family loved sports. Each season brought a different hope for a championship for whoever we were cheering for. My early World Series memories were of Brooks Robinson stealing games from Cincinnati and Joe Rudi leaping high on the wall against those same Reds a few years later. I remember watching Bob Lilly chasing Bob Griese all over the field as the Cowboys crushed the Dolphins. Watching Dr. J leap higher than I thought was possible made me dream of playing hoops. And watching Team USA upset the Soviet team in the Olympics at Lake Placid still sends goosebumps up my arms.

Growing up, I sat with my dad, and we watched sports. All sports. Baseball, football, basketball, and hockey. Golf and darts and curling and billiards. The Olympics were an every 4-year event that captivated our household. It doesn’t take much imagination to think I would also focus much of my dreaming on playing those same sports into adulthood. I played baseball and have represented my city, province, and country. I played high school football and loved the thrill of tackling a ball carrier. I tried basketball but a lack of height eventually took that calling away and my lack of skating ability iced hockey off the board.

I met my wife and partner, Jacki playing sports. Her love of competition was one of her most attractive features. One of the earliest gifts I ever bought her was a jersey of her favourite hockey teams, the hated Montreal Canadiens, despite my love of my Calgary Flames. Shhh. She has since come to the light and has her own Flames jersey now.

One of the things I miss the most since my dad passed away was watching our favourite teams and breaking down the results. I miss debating with him when we picked different teams as our favourites.

I know he did the same with my grandfather, who was a huge baseball fan with his own dreams of one day playing as professional.

When our kids came along, we thought that legacy would continue.

And our world changed. Our expectations changed. The TV only had sports when the championships or Olympics were on. I struggled not watching at least those and calling dad up afterwards. We quit our rec leagues and for a long time, we stopped focusing on sports. Our lens changed to zero in on therapies and education and health concerns.

I had my preconceived ideas of what that was but no real knowledge. From the moment we got to the soccer dome, my notions went out the window. Here were athletes who wanted to bond the same way I did when I was younger. Athletes who wanted to compete and show off their skills and to win.

We didn’t even know Kyle wanted the same. He had never shown an interest in sports. Didn’t watch them on television. He did connect with his grandpa over WWE wrestling. But until he joined his team on the soccer pitch with Special Olympics, we never knew he wanted the same things we did growing up – to compete.

Soon after watching, his sister asked to join too. Then came the floor hockey program for both of them. And a love of sports was born.

They have since become leading members of their floor hockey team and basketball team. Kyle has represented his province in hoops and is a defensive beast of a guard with relentless energy. He exhibits the same stone wall attitude playing defense in hockey. His sister yearns for the day they can both be at nationals for floor hockey. Although one of the smallest in stature in her entire league she battles men much faster and larger and gives no quarter.

They have tried other sports too. Golf, track and field, swimming, and baseball. But they always come back to floor hockey and basketball.

Christmas is a special day for our family, but it takes a back bench to Motionball, a one-day Special Olympics fundraising event where they join volunteer athletes in a full schedule of mixed sports to raise money and awareness foe Special Olympics.

Why is Special Olympics so important to our family? It is the one area where our kids can equally compete in sports and not be excluded. Unlike high school when our son tried out for soccer and was cut the first day without even a chance to make the team, Special O, as it is called in our home, found a team where his skills were not only appreciated but lauded. It is an arena where, despite the hurdles they have had to overcome in learning their skills, they can play sports and feel good about themselves.

Special O has opened our eyes and others that our daughter, as diminutive as she is, can compete in sports despite not being a natural athlete.

They have been given a chance that they were never given in school or in community sports. To be able to participate in competitive sports with their peers. Yes. I said competitive. Most people I have met, even some already involved with Special O, look at the feel-good videos online about the Special Olympics programs and think these are individuals who don’t care about winning and losing.

They are wrong. And right.

Anyone who has watched a Special O program beyond one day will see arms raised in triumph when the athlete wins. Or even succeeds once. As my daughter did when she scored her first hockey goal after almost 10 years of competing. No one can tell me these athletes don’t care about winning and improving and proving that they are successful in their respective sports.

The school programs never allowed that. They cut our son the first day. The programs in the community discouraged their enrollment. The programs writ large pretended to be inclusive and then proceeded to exclude them from real participation. They could of course sit on the sides and cheer.

Special O didn’t do that. Yes, they had to triage the skills of the athletes to ensure safety and some level of competitive ability. But they did that without diminishing the sport to the lowest levels. Those that are faster, stronger, and more able, compete against like individuals. At all levels.

Why do I love Special Olympics?

Because their programs have allowed our kids to have confidence in themselves, in each other, and in their ability to succeed in life. They have developed friendships and team identity. They have celebrated the joy of winning and learned the lessons of losing. They have enjoyed the camaraderie of teammates and coaches. They have learned they are not alone.

And that is the importance of sports! And why Special Olympics is so special to our family. 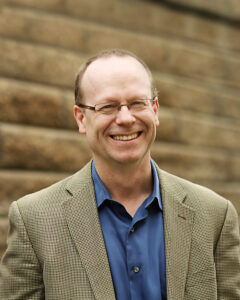